November 09, 2015
Game Brief
I have been given a brief to make a 2D platform game, with at least 5 levels, and have sprites which I have created myself.
Mood Board 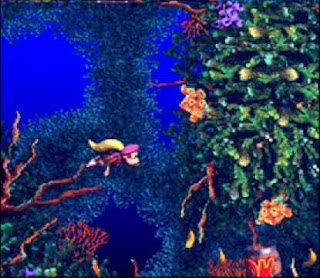 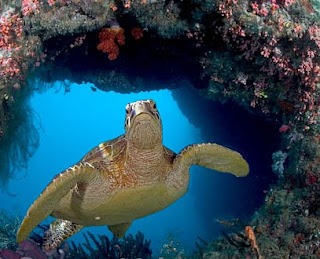 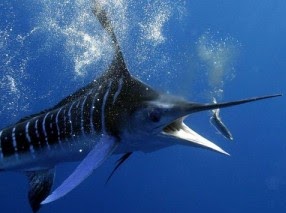 Customer wants?
After doing some market research, I found out that there were not many plat-formers which have retro vibes- of course there are android and iOS ports of retro arcade games like the original Donkey Kong and plenty of rip off's of games like Mario. I want to make an original plat-former, with a classic Nintendo vibe- I think the Super Nintendo Era was good for plat-formers- I take inspiration from the SNES game series, Donkey Kong Country; this series was very popular in the early 1990's, and was ported to Game Boy in the early 2000's- which is how I know about it. Within these series are some notorious underwater levels- these levels were very difficult and frustrating, but also had very beautiful level design, and a very calming soundtrack, which fit the underwater theme. I also looked at the level design of Ecco the Dolphin, because the whole game is based on underwater levels- whereas DK country has a large mixture of levels. I plan to use a sea turtle as a main character, I think turtles are underrated in the gaming market- as they are only really used for Mario to jump on; I think turtles are quite a nice friendly animal to use in games as they are not really scary, or associated with violence.


Audience
My brief is to make a simple and fun game, with a nice colourful artistic style. The target audience of the game will be within the smart phone market,the game appeals to many different age groups- as do a lot of smartphone games. The game will be quite colourful, so it will appeal to children- so I have to consider themes suitable for children, but adult themes would definitely not fit into the game I am creating. I plan to use a turtle as a main character this is good because turtles seem to be friendly animals, and I think this will be good for children who want to play the game because it will not be frighting, and won't give them nightmares.

Graphics Specification
The visual styles of the game will be based on the colourful coral reefs found in oceans around the world, the colours blue and green will be used a lot- because there is a lot of that under the sea. The art of the game will have a cartoon style to it; I might even use pixel art, but I do not really know much about making the best out of pixel art.


The composition of the game will be a little bit linear, but not played as a basic left to right side scroller, I will allow the player to seem like they don't know what's coming up next- I think this fits with the themes of the game because the ocean is dark, and you can never really see the sea floor. I want the level design in the game to be like a maze- but a bit more linear than a maze; I want a few little paths which lead to secrets, and maybe a short-cut here and there; I want the game to reward the curious, but I also don't want the game to feel slow, I have read that in order to make a good game, you should respect the time of the players.

The typography of the game will be ocean themed, so this means that words will be made with bubbles, pieces of coral, and shells etc. I think seaweed will be the best way of presenting text, because it fits with the themes of the game, and will be simple- I could also animate the seaweed to move.

Computer Game Graphics
The computer graphics of the game will be pretty basic, but there will be some features which are not very basic, water effects and textures will be needed to set the scene- or else it will just look like a turtle floating through air. Bubble effects will also be needed to indicate movement, and air bubbles as turtles do not have gills; there will also need to be animation of the turtle swimming. The head up display of the game will be pretty basic, there will be a few features on screen, these include: a time display, a section to show points, a section to show player lives. I will also use a health bar- however it will not be a large amount of health, as I want the game to feel retro, this will mean having to stick to retro principals such as the two hits and your dead rule which is popular in plat-formers. The Menu will show all of the features of the head up display- the HUD cannot be visible at all times because it might become distracting.


Legal & Ethical Considerations
When making the game I should consider copyright laws, it is important to not rip off any ideas from other games, however I can use similar ideas- but if they are too similar to a released game, the maker of that game can use the copyright laws to sue me.
I should also not cause any offence to individuals, and businesses, because these people and organisations could claim libel damage against me and my game; there could be lawsuits, and this would mean I would loose money because of settlements- this means I would accept the libel damage claims and pay money to those affected, if I don't do this I could loose a lot more money.
I also need to make my game promote equality and diversity, doing this I can reach a bigger market with my game- because more people can relate to it. Turtles are quite popular animals, some people might not like them, but I imagine that the majority of people find turtles to be "cute", or "beautiful" creatures.
I also need to think about the demographics of characters within my game, I have thought about making the protagonist of my game female, the name Shelly for some reason sounds feminine, and is a brilliant name for a turtle; at first I thought of calling the protagonist "Tank the Turtle", which sounds extremely masculine, and quite unfriendly. I also think the storyline can benefit from a female character, my idea is that Shelly is a mother turtle looking for her lost children- as turtles lay their eggs on the beach and leave. There is said to not be much female protagonists in games, let alone, games about mothers; I think this idea is very original, and will praised for this.