Quantitative audience research is often used in surveys, multiple choice questions are a very simple way of collecting important data. Information about the audiences age can be found using short and simple questions, all the audience have to do is tick the box which shows their age; this information is vital for finding out about the target audience of my game. Because I am basing my game off of the movie- Killer Klowns From Outer Space- I will need to ask the audience what they thought of the movie, I could use a star rating system to create some quantitative data, this data will determine whether or not the audience enjoyed the movie or not; and this might help me decide whether to base my game on the movie or not.

Qualitative audience research is used in focus groups, a focus group is a gathering of people who talk about a subject or product. The outcome of this is that it collects qualitative data in a higher level of detail then any of the other research methods, in my case I would set up a focus group for the movie Killer Klowns From Outer Space, in this focus group people will a range of different people, of different age, gender, and interests. I would ask questions like "What was your favourite part of the movie?" and the people will discuss what they enjoyed about the movie, this is more effective than a questionnaire which ask's the same question, because when someone is answering a questionnaire  they cannot discuss the different parts of the movie with others, like they can in a focus group. A face to face interview can also similar data to the focus group, but only with the interview the focus is on one persons answers.

Audience classification should also be taken into account, a persons background can effect the answers they give. Socio Economic classification refers to the wealth of individuals in the audience, wealth could determine: what games a person has played on, what that person plays games on, and how much they would pay for a game. For example someone in the lower socio economic groups might not be technologically up to date with the latest games consoles, whereas someone in the higher economic groups could frequently update their custom gaming PC-this would cost a lot of money, but they can afford it. 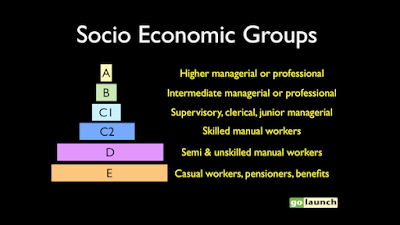 Another factor of audience classification is the physiological aspects of the individuals within the audience, everybody is different, but a lot of people can be put into different groups depending on their interests and likes- this is called psycho-graphics. Psycho-graphics means a little more than hobbies and interests though. It includes the personality and attitudes of a person, as well as what lifestyle they live, and what values they have.

Killer Klowns Movie Statistics
Killer Klowns From Outer Space was a financially successful film, it had a budget of $2 million, and on it's opening weekend it grossed over $2.6 million, it went on to make over $43 million worldwide. So for a silly movie, it did very well. The target audience was more than likely teenagers and young adults, the age rating on IMDb is 15, although I have seen DVD/VHS cases with an 18 rating, and some with a 12 rating.

The movie was also released on video in 2000.


However the film itself was not that well received by critics- it has a 6.1 rating on IMDb.com, and a 71% rating on Rotten Tomatoes, these scores aren't terrible, but they are not amazing. The film just a bit of fun, it has some very creative design elements- such as the clown masks and costumes. But the story is very clique, and the acting is not really memorable. On rotten tomatoes the film was praised for being a good "B movie", these means it was good at being a bad film-"This is intentional camp, following the conventions of a million B-movies in the service of a wonderfully ludicrous premise."
https://www.rottentomatoes.com/m/killer_klowns_from_outer_space/

Surveys
I created two surveys, one asking about a viewers experience of the movie, the other asks about what games they like and what they would like to see in a game based on the movie. The movie was Killer Klowns From Outer Space, so I'm not expecting the most positive feedback. I used surveymonkey.com, to create the surveys, this is a good website as it allows you to analyse the results of the survey in great detail. I have collected both qualitative and quantitative data.

First I will analyse 5 results from the Killer Klown Movie Survey. 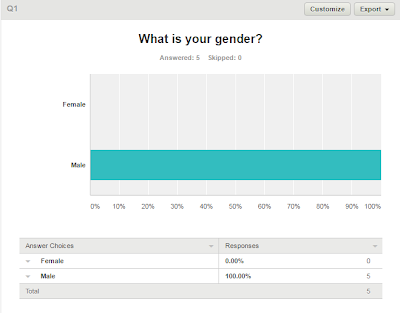