There have been numerous studies on the subject, and the results often vary. For example the American Physiology association reported that "violent video game use has an effect on aggression".( APA Review on violent video game literature- page 16). However there have been studies that disagree with this, a study conducted by Oxford University on British primary school children, stated that there is no evidence of violent video games making children aggressive; at most it effects there behaviour and performance at school- but "only slightly so".

The study went on and stated:

"Overall those who played for less than an hour a day were less likely to have problems such as aggression than those who did not play at all." This shows that aggression in the children who didn't play games, was higher than those who did, this could mean that aggression can be caused by factors such as: boredom, socio-economic disadvantages, an unhappy home life. There are many reasons why children are aggressive, it seems unfair to blame violent video games.
The study then stated:
"But those who spend more than three hours a day displayed higher levels of aggression and were less academically engaged." This may link video games to aggression, and bad academic performance, but who's to say that games are the source of these behaviors. There could be many reasons why a child is playing more than 3 hours a day on games, they could be getting bullied, they could have a bad home life, or maybe they just don't enjoy going to school, to a point where it makes them aggressive. Growing up is not easy, but video games might make it a lot easier- especially in the teenager years when you're too old for toys and playing.

Hypodermic Needle Model
The reason for a lot of the blame going towards video games, is the "Hypodermic Needle Model", this theory states that a person will listen to the mass media's opinion on a subject, and accept it as a fact- even if there is no evidence to back it up, the media will blame real life tragedies on video games. An example is when Mass Effect 2 was blamed for the Sandy Hook School Shooting, it happened because the Shooters Brother like Mass Effect 2 on Facebook- the shooter carried his brother's ID to get into the school, so they originally thought he was the shooter. A lot of people went on Facebook and blamed Mass Effect 2 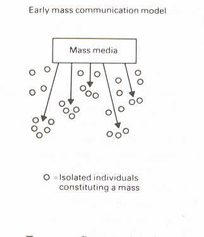 The uses and gratification theory is a theory which shows why people seek out and play video games.

Arousal – Arousal is a simple reason why people play video games, a lot of people play games for fun, games which stimulate arousal tend to have fast paced action, and pretty graphics. People who play games just for the arousal, will just as easily put the game down if they feel overworked.

Challenge – Many gamer's seek a challenge, when they play video games, this challenge creates a special kind of fun, which is very rewarding when completed. Gamer's who play for challenge, are much more prepared to fail than others

Competition – Gamer's might also seek competition, especially with online multiplayer games. The idea of winning, and being the best, can be quite rewarding to some people. It also might show dominance and power, and people do enjoy this; although not everyone will play a game for the glory of winning, you have to remember people who play games for competition put in a lot of work to become the best, they might notice gameplay patterns that others would have missed.

Diversion – The diversion aspect of video games is in common use among casual gamer's. Many people play games to relieve stress, and fill the free time they have. Games that aim at this audience should be quite short in length, but also very re-playable.
Fantasy – Fantasy is an important aspect of all video games, a game should let a player do something they probably haven't done in real life.
Social Interaction – Social interaction is a common theme in many online multiplayer games, many of these games have communication features such as: voice chat.

The following is a survey created on survey monkey.com. The survey asks questions about violent video games are if they affect gamer's. The audience of the survey are students of a games design class, I think this is a good audience to ask about the subject, because they have more than likely played their fair share of violent video games. However you could argue bias against the survey, as the only participants enjoy playing video games, but to this I say: not all gamer's enjoy the same games, not all play violent games, and not all gamer's agree with violence in video game, its all down to their own personal preferences.


Time is an important thing to consider, when talking about the effects of playing video games. Playing video games is a type of hobby which involves sitting down and staring at a screen, if you play games for long periods of time, it could have effects on your health, for example it's not uncommon to become overweight or obese, if you spent a large proportion of your time sitting around playing games. This can also effect someones mental health- but not just in a negative way- in fact video games have been known to treat people with mental health problems, for example first person shooters have been used to treat soldiers PTSD. So playing games can possibly change someones mentality in a positive way, so it's also possible for a negative change to occur, playing violent games might cause a negative effect if the player is playing for excessive lengths of time.

The survey's results show that in a week 45% of the respondents played over 21+ hours on average in a week; however this is just an estimate. 21 hours is 3 hours a day, which is not too excessive- as long as their getting up every now and then and moving around.