The game Hotline Miami is a violent game set in the 1980's- the objective of the game is to carry out hitman contracts, the game is quite difficult, and this makes the atmosphere very serious, a lot of the game is very surreal- the player carry's out their contracts whilst wearing animal masks. Because it is set in the 1980's the soundtrack sounds very "new wave"- which is a name given to eighties music which uses synth's, it's basically Synthpop- but in the 1980's it was a pretty revolutionary thing. So the soundtrack to hotline Miami gives of retro vibes- and this is a way of letting the player know the context of the setting of the game, In the 1980's Miami was a very dangerous place, so the things which the player does in the game do not seem so unusually violent; because if you have ever watched films like Scarface- which was set in Miami- you can understand the context.

The soundtrack does work, the pace of most of the songs are quite quick, and the a good tactic in the game is to go in guns blazing killing everyone you see- and I have tried this tactic, and it's quite incredible how yours reflexes react to the danger in the game. I would not change anything to the soundtrack, as it works so well, and sounds great. 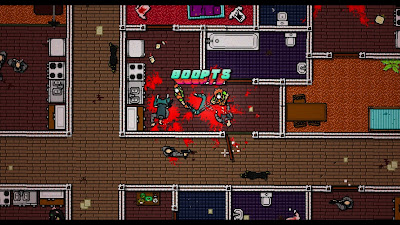 Waveform
A waveform is a physical representation of sound wave signals which are given off by sound, the waves grows vertically with the loudness of sound, and grows horizontally with the frequency. The wider the waves are, the lower the pitch of the sound, the narrow close together waves are higher in pitch.

Foley
Foley is artificial sound created with everyday objects, for example hitting some with a rolling pin sounds like a punch to the face. In order to make them sound more realistic, sound software is used to edit the sound. Gunshots and explosions are created using things which are loud, for example hitting a table with a hammer- but are usually taken from sfx libraries.

Iconography- Skyrim has a lot of sound effects and music a good example of iconography, is the sounds which play in the dungeons(caves,ruins etc.), during the dungeon there will be many scary sounds to create tension. But when the dungeon has been completed, a rewarding sound plays, it's sound to me like a deep breath of relief being taken- and their are some operatic choir vocals, along with an orchestra- so I imagine the choir would have been aiming for this. The link below leads to a video playing the effect.

Metaphors- In Super Mario Bros, when Mario dies- or fails- a disappointing sound clip will play. This little piece of music is a metaphor for Mario's failure, the music is not devastating- because the level will just restart, Mario will still be alive, and he can start running and jumping again; the music shows that the player has failed, but it is not the end of the world, however if the player runs out of lives, a more disappointing tune will play showing that the player has well and truly failed- and will have to start the game from the start.

Music/ FX sources
There are many music and sound effects software available:
The industry standards are Logic and Audacity; Logic is only available on  Mac, Audacity is a program based around editing sound- whereas Logic can create it and edit it too.
However this does not mean Logic is the best, a professional musician will point you towards many different music and FX software, many of these will require a knowledge of music, and an understanding of computer software. Some other music software includes, Reason, Ableton Live, FL Studio, and Sound Forge.

Skyrim Music
Mood- Loud and Epic in battle. Calm and ambient whilst exploring
The music of Skyrim was created with an orchestra, including vocals. In the game the Dragons have their own language, which has been created for the game- it has it's own alphabet and words. The operatic vocals of Skyrim are sung in the Dragon Language, the title screen is like an opening sequence, it plays an epic song named "Dragonborn", this is considered the main theme of the game.
Skyrim Main theme
https://www.youtube.com/watch?v=clcHxg9l5Bk
There are a couple different battle themes in Skyrim, one is called "Steel on Steel", this is played when the player fights a low level enemy- like a bandit. But when a more serious enemy comes and attack a song called "Blood on Steel" plays, this music shows the seriousness of the situation, and is often used when a large battle is taking place. When a dragon attacks a even more epic, and serious song plays, the song is called "One They Fear", this song is quite intense. There are a couple other pieces of music which show action, but these three pieces show the context of the current event happening in the game. All this music can help a player figure out what is happening- if the players doesn't spot the gang of bandits about to ambush them, the music will act like a real life sense.

The Legend of Zelda: Ocarina of Time
Ocarina of Time was a game from the Zelda series released in 1998 for Nintendo 64. It is considered one of the greatest games of all time, and one of it's greatest qualities is it's music. The music very impressive, and quite catchy, a famous piece of music from the game is called "Saria's Song"- but is also known as the "Lost woods theme tune", this piece of music is a loop of a song which is about a minute long, during the game a player will be walking around a location called the Lost Woods- in this area it's really easy to get lost and confused- the music adds to the confusion, but also can help, because the louder the song gets the closer you are to finding a important dungeon in the game.

Undertale
Undertale is an indie RPG, where the aim of the game is to not kill anything, but this doesn't mean you can't killed anything- you can, and it's known as the "Genocide Run" of the game. When you kill everything in an area of the game, the music gets darker, and darker, to  point where the music is only a few low pitch noises, or in some cases, the music stop all together- to emphasise the silence of death. 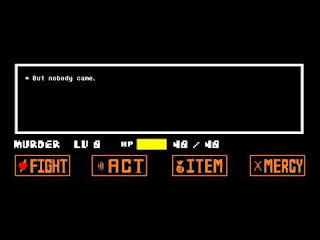 Legal Consideration
An important thing to consider, when using or creating music for a game, you need to consider the copyright laws. The Copyright laws are the laws which protects creators of original work, this law stops people from copying ideas and selling, features of other peoples work. In video games, there are many games which are similar, for example sporting games are based around real world sports, so FIFA could not sue Pro Evolution Soccer for copying it's ideas, because they are both based on football. "Copyright gives the creators of some types of media rights to control how they're used and distributed. Music, books, video and software can all be covered by copyright law."

It is possible to torrent music software from the internet- this is basically stealing. Some people might do this because they cannot afford to pay for the software- because it can cost quite a bit(even the basic software packages can cost more than £50); when this software has been pirated its known as "Cracked Software", there is nothing technical stopping people from releasing songs made with cracked software, its just really about morals, and if they are caught by people on the internet everybody will get mad.

Libel is when damaging statements, which are expressed through print, writing, pictures, and any other form of communication, these statements are libel if they expose someone or something to public hatred, which can damage a person or business.